Well, (urgh!!), it’s all happening! I say ‘urgh’ because this is the first time I’ve ever stuck my head up above the parapet. Don’t shoot, don’t shoot!!
Last month ‘A Recipe for Gruel’ was screened at the NFT and various other locations around the country as part of the BAA Public Choice program. That was fun because I was able to get some friends to fill out the audience and clap where necessary.
This past week I have been informed that it has been accepted to be shown in Toronto ( TAAFI ) and Animafest in Sofia Bulgaria both in mid May and Zagreb and Annecy in early June. So whether I like it or not (or they do), somebody is going to see it. I sort of think it’s all rather exciting. 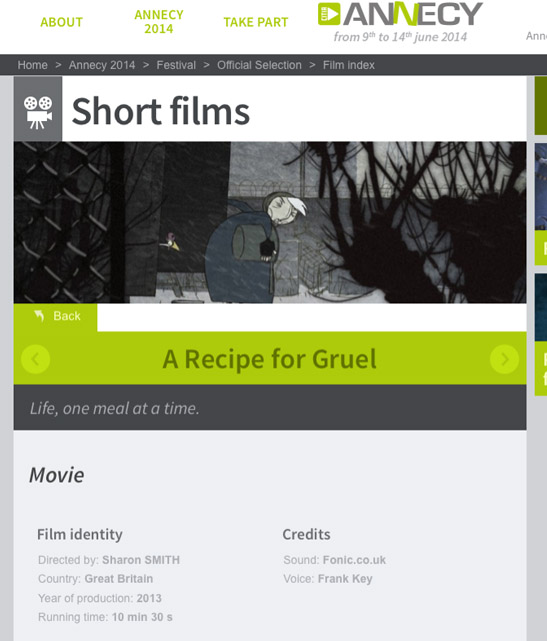